History in Focus: The Iran-Iraq War

(Note: History in Focus is a new post style where I discuss a topic simply by posting photos [and if applicable, videos] of the event in question. I often found that this helps the reader to understand a topic much more thoroughly).

The Iran-Iraq war was a devastating eight-year war fought between the two countries between September 1980 and August 1988. The war started with a simultaneous air and land Iraqi offensive onto Iran which caught the Iranians off guard (with Iran still reeling from the chaos caused via their revolution).
The Iraqis made early gains, capturing the strategic border city of Khorramshar after a lengthy and bloody siege (The city was nicknamed "Khunistan" [City of Blood] by both sides during the conflict) and initiated the siege of Abadan. Much of the city of Abadan, including the oil refinery which was one of the world's largest refinery with capacity of 680,000 barrels per day, was badly damaged and almost destroyed by the siege.

For much of 1981 and 1982, the Iraqi offensive halted in a stalemate. In 1982, Iraqi soldiers were repelled from Iranian territory and it seemed that the conflict would end with Iraq suing for peace. It did not, Iran was later on the offensive, dragging the war on for another six years.
The Iranian offensive was slowed down and eventually halted by the deployment of chemical weapons, mainly mustard gas, by the Iraqi army. Iraq would later use these weapons for the remainder of the war, most notably in the gassing of the Kurdish village of Halabja.
The war saw the constant bombardment, by both sides, of the other's cities and towns. Missiles and air raids were launched to bomb each other into submission. This was later dubbed as the "War of the Cities".
Tanker Wars:

The conflict spilled into the Persian Gulf; both countries produced large amounts of oil and it was viewed that attacking and disabling oil installations in the combatant's country would damage their economy and eventually bankrupt them. However, this mini-war caused the US navy (a navy stronger than both Iran's and Iraq's combined) to escort Gulf oil tankers; there were still incidents. Iraq 'accidentally' bombed a US warship and Iran's practice of laying mines in the sea (which had damaged a US frigate) caused an American strike on the Iranian navy, taking out five Iranian naval vessels.
After the USS Stark incident, American naval vessels were on high alert. In July 1988, the cruiser USS Vincennes shot down Iran Air Flight 655, killing all 290 passengers and crew on board. The American government claimed that the airliner had been mistaken for an Iranian F-14 Tomcat, and that the Vincennes was operating in international waters at the time and feared that it was under attack, which later appeared to be untrue.The Iranians, however, maintain that the Vincennes was in fact in Iranian territorial waters, and that the Iranian passenger jet was turning away and increasing altitude after take-off. U.S. Admiral William J. Crowe also admitted on Nightline that the Vincennes was inside Iranian territorial waters when it launched the missiles. The issue remains a controversial point in Iranian-American relations to this day.

Home Front:
As in WWI and WWII, the war brought in the massive pouring of military volunteers and aid to each country's armed forces.
International Reactions:

The UN deployed several observers to Iran to assess if chemical weapons were used and to report on how much were used.

The war left a million dead, and hundreds of thousands injured. 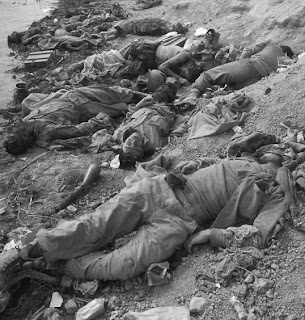 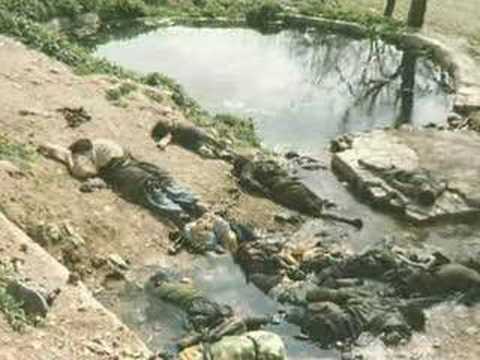 Iraq erected  101 statues with pointing fingers towards Iran, six miles away from the border, in memory of Iraqis killed during the Iran-Iraq War. The statues were destroyed by the British on March 31, 2003.

Ask an old-timer to think of a famous Chinese guy, chances are that he'd recall Mao Zedong, 'popularly' known as Chairman Mao. Who is this Mao person, you may be wondering ? In essence (and fact), he was the founding father of the People's Republic of China, a guerrilla warfare genius, philosopher and a die-hard Communist revolutionary. And he is this month's history figure of the month.

Mao Zedong (1893-1976) was born in a rural village in the Hunan province of central China in 1893. Mao was brought up under a Confucian way of life; at school, he was taught classical Chinese stories that preached Confucianism. He later admitted that he disliked Confucian upbringing to the extent that he ran away from home at age 10 (though later found by his father).

After training as a teacher, he traveled to Beijing where he worked in the University Library. He became a Marxist while working as a library assistant (reading Marxist literature) at Peking University and served in the revolutionary army during the 1911 Chinese Revolution.

Inspired by the Russian Revolution, the Chinese Communist Party (CCP) was established in 1921, with Mao being a founding member and had also set up a branch in Hunan. In 1923, the Kuomintang (KMT) nationalist party had allied with the CCP to defeat the warlords who controlled much of northern China. Then in 1927, the KMT leader Chiang Kai-shek launched an anti-communist purge.

The nationalists now imposed a blockade and Mao Zedong decided to evacuate the area and establish a new stronghold in the north-west of China.

In October 1934 Mao, Lin Biao, Zhu De, and some 100,000 men and their dependents headed west through mountainous areas.

The marchers experienced terrible hardships. The most notable passages included the crossing of the suspension bridge over a deep gorge at Luting (May, 1935), travelling over the Tahsueh Shan mountains (August, 1935) and the swampland of Sikang (September, 1935).

The marchers covered about fifty miles a day and reached Shensi on 20th October 1935. It is estimated that only around 30,000 survived the 8,000-mile Long March.

When the Japanese Army invaded the heartland of China in 1937, Chiang Kai-Shek was forced to move his capital from Nanking to Chungking. He lost control of the coastal regions and most of the major cities to Japan. In an effort to beat the Japanese he agreed to collaborate with Mao Zedong and his communist army.

During the Second World War Mao's well-organized guerrilla forces were well led by Zhu De and Lin Biao. As soon as the Japanese surrendered, Communist forces began a war against the Nationalists led by Chaing Kai-Shek. The communists gradually gained control of the country and on 1st October, 1949, Mao announced the establishment of People's Republic of China. Chiang Kai-shek fled to the island of Taiwan.

Mao and other Communist leaders set out to reshape Chinese society. Industry came under state ownership and China's farmers began to be organised into collectives. All opposition was ruthlessly suppressed. The Chinese initially received significant help from the Soviet Union, but relations soon began to cool.

In 1958, in an attempt to introduce a more 'Chinese' form of communism, Mao launched the 'Great Leap Forward'. This aimed at mass mobilisation of labour to improve agricultural and industrial production. The result, instead, was a massive decline in agricultural output, which, together with poor harvests, led to famine and the deaths of millions. The policy was abandoned and Mao's position weakened.

In an attempt to re-assert his authority, Mao launched the 'Cultural Revolution' in 1966, aiming to purge the country of 'impure' elements and revive the revolutionary spirit. One-and-a-half million people died and much of the country's cultural heritage was destroyed.

In September 1967, with many cities on the verge of anarchy, Mao sent in the army to restore order.

1966 also saw the publishing of Quotations from Chairman Mao , popularly known as Mao's Little Red Book. The book later became one of the most printed books in history.

Mao appeared victorious, but his health was deteriorating. His later years saw attempts to build bridges with the United States, Japan and Europe. In 1972, US President Richard Nixon visited China and met Mao. He died on 9 September 1976.